Sean Lomas was born and raised in Brewster, New York. He was an standout two sport athlete in both baseball and basketball coming out of Immaculate High School in Danbury, Connecticut. Lomas was a four year varsity starter in both sports from 1994-1997. Entering his senior year he was Preseason All American Nominee In both sports as well. In basketball, he scored over 1,500 points in his career and is currently still the all time leading three point shooter in Connecticut history with over 200 three pointers made. The 6″0 switch hitting shortstop hit .428 in his high school career while going 22-3 on the mound with his low 90s fastball. Sean was inducted into his High School’s Athletic Hall of Fame in 2012. Lomas also played for the # 1 showcase program in the country at the time, Long Island Tigers, who were featured in Baseball Express several times. Coming out of high school, he was projected as top 10 round draft pick. After a dislocation of his non throwing elbow in only the 4th game of his senior year, Lomas was sidelined for months. He still received a free agent offer to sign professionally but instead chose to accept a full scholarship to play for division 1 Marist College in the MAAC. At Marist, he was the starting shortstop in 1998 & 99 while also being the closer. After he completing his Sophomore year, Lomas decided to transfer to University of Maryland to play in the ACC. He went on to be a two year starter at shortstop for the Terps while be the ACC’s top fielding shortstop in both 2000 & 2001. He held a career .319 batting average while hitting .334 in conference his senior year. After going undrafted, Lomas received a few independent pro offers & free agent offers, but ultimately decided on focusing his attention to coaching and training. He began giving lessons in Wyckoff, NJ under former Dodger players Garret Teel and Dan Grey at Teels Baseball Academy. About a year after, Lomas became a youth counselor and coach for troubled youth from New York City. He developed a passion for helping kids. For two years, Lomas continued to get calls to sign to play professionally or even coach collegiately but he found his calling. He developed the first ever baseball and basketball youth & high school travel programs for Green Chimneys School. He gave young boys the opportunity to work hard, believe in themselves and develop a love for sport that gave them an outlet from their troubled family life. In September 2005, Lomas moved to Myrtle Beach, South Carolina with his wife, Marcela. In 2006, he developed a plan to open a baseball academy called Stars of 2Morrow. In May 2007, the academy opened and Lomas ran it by himself training all its players while developing multiple teams in all brackets. In 2011, Lomas signed with the Kansas City Royals to be an associate scout for South Carolina. In 2012 & 2013, Coach Lomas was the Head Coach for the Kansas City Royals Scout team out of the Southeast. USA Baseball hired Coach Lomas as the NTIS Director for South Carolina in 2012 & he’s done it several years most recently in 2019. In the summer of 2012, Sean started the Beach Collegiate Baseball League (BCBL) in Myrtle Beach where players from all over the country came to play in his league in the summer. The summer of 2022 is the 11th season as the league has progressed each year. In 2013, Lomas became the East Coast Director for Rawlings National Sports Clubs while his program became the first ever Rawlings Sponsored program on the East Coast now known as the Rawlings Stars. He has multiple teams and programs under his umbrella. He has won five national titles with his Stars program. Coach Lomas created the I Am Jayden Foundation for his son Jayden & other Pediatric Stroke survivors to receive scholarships in helping them towards a bright future. Along with the BCBL, Lomas has the Texas Coastal League in Corpus Christi which began in 2021. Sean is extremely driven and dedicated to helping young men and women achieve their goals. Sean is married to his wife Marcela & they have three children, Tyler, 15, Jayden, 12, & Isla, 6. 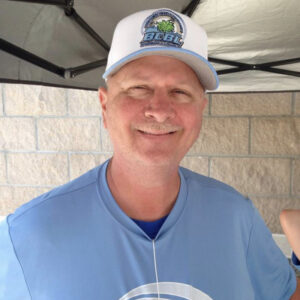 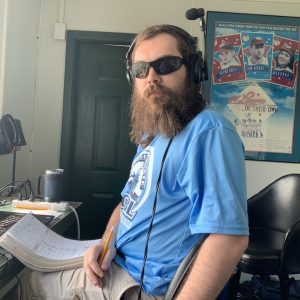